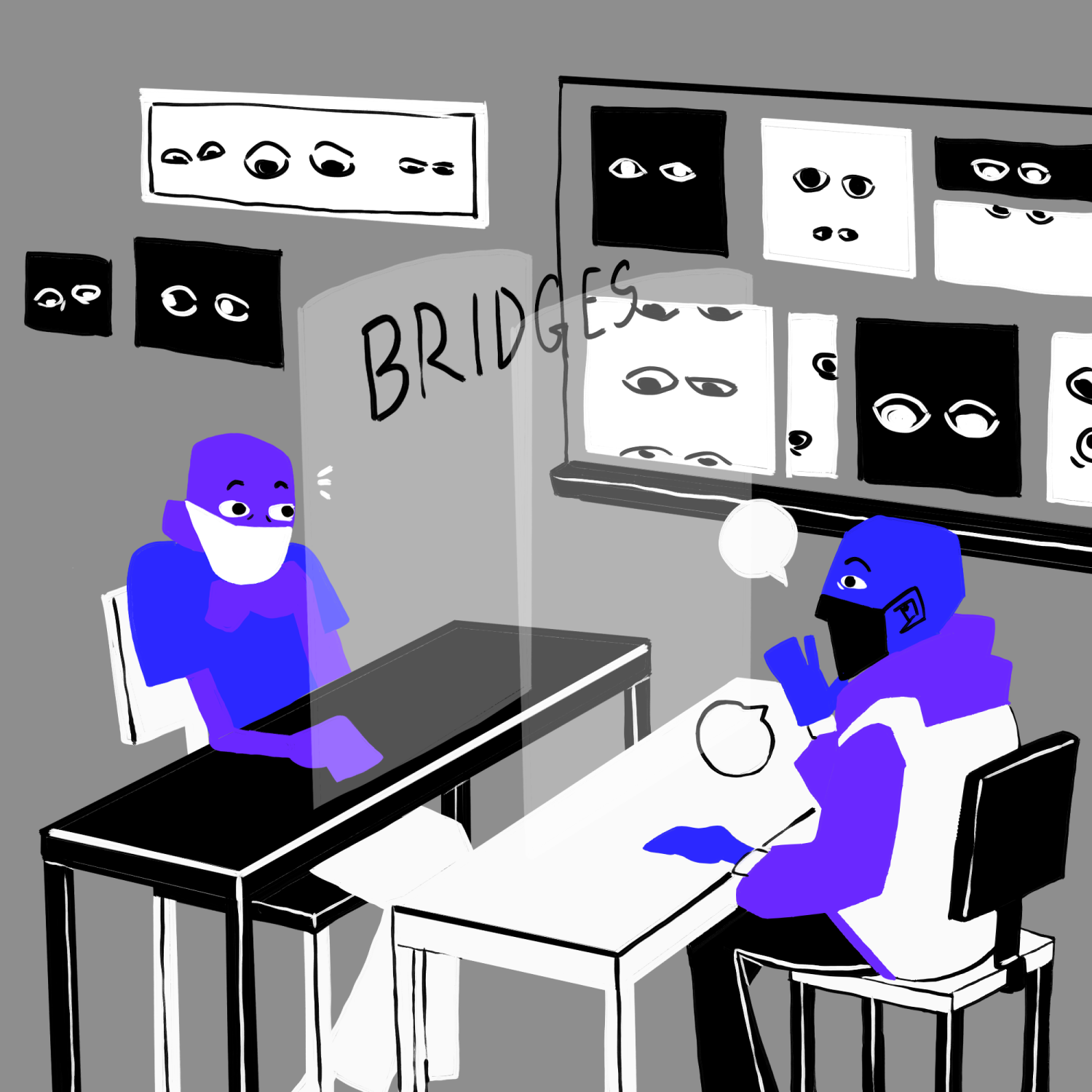 This is Not a Play, by Chaz Belov
This play is so aware that it’s a play that it claims not to be a play. It’s about using the language and devices that are present in plays to tell an abstract story, but also has a philosophical side. The big question is: are the characters’s destinies in a play preordained or do the choices that they make affect the outcome of the said play? (Cast: Sarah Cepeda, Joz Butler, Eli Busch)

Sure Thing, by David Ives
It’s the story of two strangers that meet in a cafe, however, every time someone says something that stops the relationship from moving forward, a bell rings and they start over again. Both of the characters have to get it right to move forward, but we get to see failed relationships, which is fun. Also, the bell is a character! (Cast: Jacob Boyar, Lily Maniscalco, Luisa Simon)

A Rebel Among the Wretched, by Andrew Biss
This play is about a group of people in a contemporary American drama, where one of the characters decides that they want to leave the play and go live in a different type of play. It’s self reflective theater in that the question is raised: Do you have to act in the play that you’re in or can you choose to go and be in another play? (Cast: Kenny Backes, Peri Ferguson, Jake Murphy, Olivia McGrath)